The dark impacts of carbon emission 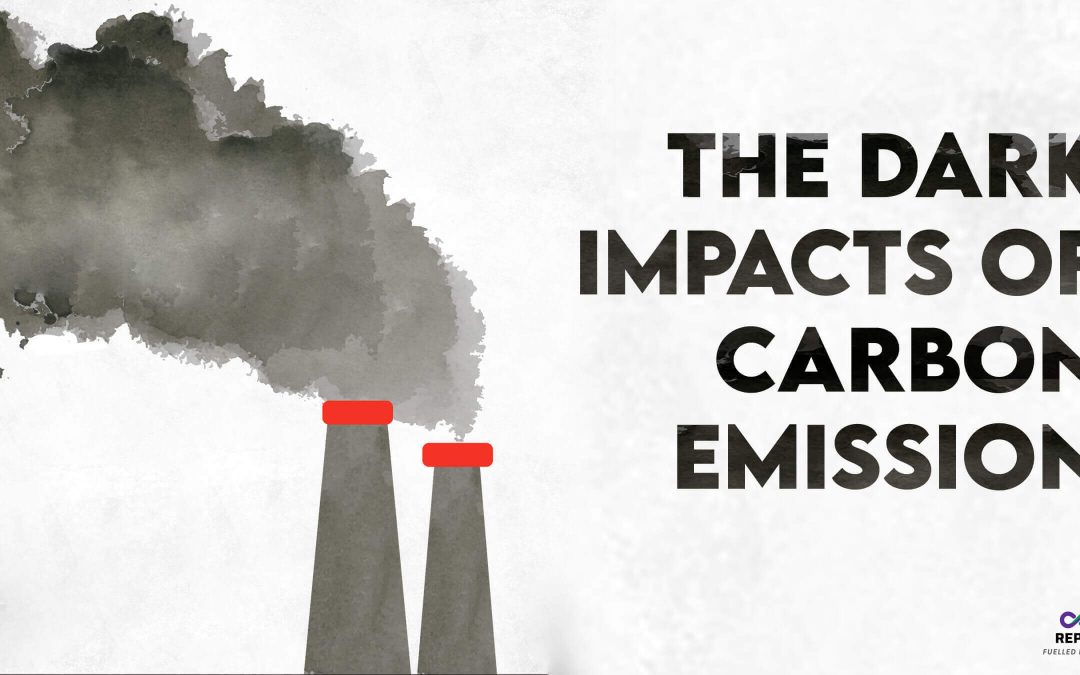 Mr. Awasthi went out for his usual morning walk at 5 a.m. on the second day of Diwali in Delhi, but much to his dismay, as soon as he opened the gate of his house, a bout of cough struck him, and he was almost gasping for air. The whole atmosphere was shrouded in a thick layer of haze, making it impossible to see anything more than 15 metres away.

This may seem to be a typical occurrence, given that India ranks third in the world in terms of carbon emissions, accounting for l billion metric tonnes of CO2, or 6.8% of total worldwide emissions. The number is gloomy, much like our future.

Carbon is one of the major air pollutants among the countless others that are released in the form of vehicle exhaust. Carbon emissions comprise the greatest component of the greenhouse gases that has the capacity to influence the overall course of the climate. This shift in climate impacts the temperature, making it warm. This increase in temperature may create unfavourable climatic changes including tropical storms, heat waves, wildfires and severe droughts.

What are carbon emissions?

When we talk about carbon emissions, the first thing that comes to mind is greenhouse gases. These emissions are the biggest contributors to climate change and are often considered carbon dioxide equivalents.

Electricity and heat production accounts for 49 % of emissions in the energy sector, while industry and construction account for 24 %. Agriculture was the second-largest source of emissions (19.6 % of total), with enteric fermentation accounting for 45 % of all agricultural emissions. In 2014, industrial processes (IP), land-use change and forestry, and waste accounted for 6.0 %, 3.8 %, and 1.9 %, respectively, of total emissions.

Carbon footprints due to fossil fuels

The environmental consequences of these carbon emissions are having irreversible impacts on the earth, the ecosystem, and ultimately all forms of life as we know it.

Much of the energy required to drive our cars, operate our businesses, and keep the lights on in our homes comes from the combustion of fossil fuels. Even today, oil, coal, and gas provide nearly 80% of our energy requirements.

And we’re the ones who are paying the price. The use of fossil fuels for energy has wreaked havoc on humanity and the environment, resulting in everything from air and water pollution to global warming.

The energy sector contributes to 68.7 % of Greenhouse gases emissions in India, followed by agriculture, industrial processes, land-use change and forestry, and waste, which represent 19.6%, 6.0%, 3.8 %, and 1.9 %, respectively.

The repercussions of these carbon emissions in the environment are leaving unaltering effects on the planet, environment and eventually all forms of life, as we know it.

Not only does the use of fossil fuels produce damaging carbon emissions, but it also jeopardises the future of renewable energy. Increased demand for coal has resulted in dwindling stockpiles, with India’s thermal power facilities running out of supplies after just 4 days. In contrast, the government recommends that thermal power facilities stockpile 14 days’ worth of coal. Blackouts have been a source of worry in many states, including Gujarat, Punjab, Rajasthan, Delhi, Odisha, and Tamil Nadu.

If not fuel, then what?

The whole coal situation might take 5-6 months to recover from, and the only option we can think of right now is diesel. In the event of a power outage, certain commercial institutions, such as hospitals and shopping malls, as well as small businesses, employ diesel-powered generators.

According to OPEC (Organisation of Petroleum Exporting Countries) projections, demand for diesel is expected to climb at a pace of 3.7 % CAGR between 2020 and 2045. India’s infrastructure, both in terms of land and money, is insufficient to meet this expanding need.

To meet the ever-increasing demand for diesel in many industries, India needs a stronger energy distribution infrastructure. However, the old technique of delivering energy to end-users is inefficient, inept, and dangerous. If calculated correctly, purchasing diesel in barrels might result in an 8-10% fuel loss due to leakage, pilferage, and dead mileage.

The concept of “dead mileage” is as damaging as it sounds. Dead mileage is the amount of fuel used when one auto-rickshaw puller drives for a period of time before landing the first customer.

The Repos Mobile Petrol Pump – Model Beta makes it possible for consumers to get fuel delivered to their doorstep. Retail petrol pump owners can now serve a wide range of consumers with varying fuel requirements by simply taking orders through an easy-to-use app. Fuel waste due to leakage, pilferage, and dead mileage is now reduced with Model Beta’s doorstep fuel delivery.