“When you get lost, remember to look for the light….” 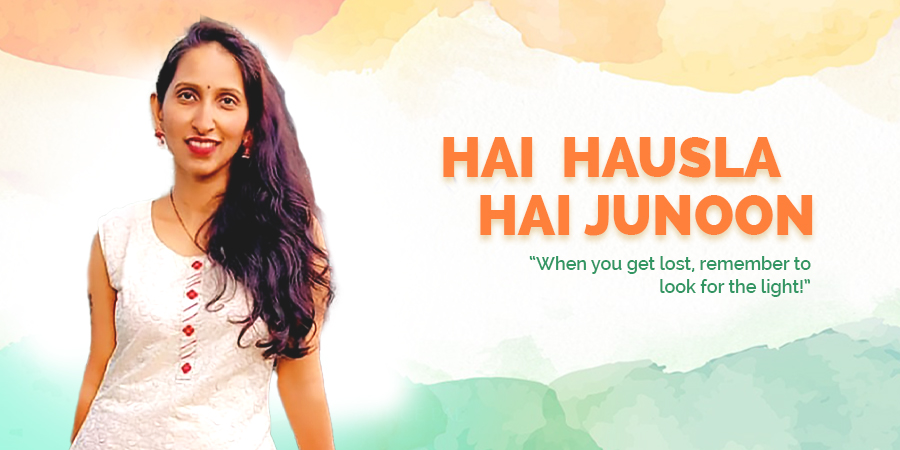 We have a superwoman this week in the #HauslaJunoon edition who has excelled in every role she has played but has never given up on her choices. When asked what one reason fuels her love for her profession, she answered, after a little pause, “Always keep in mind that life will lead you; you just need to search for the light when you’re lost.”

Anuradha Boga from the PESO team, who ensures that there are no mistakes or anomalies when it comes to licensing and documentation of orders from partners, is our face in today’s feature.

“I remember having a very difficult upbringing. We lacked the resources to cover the demands. Since I had to fight for even the most basic essentials of life, I am thankful for all I get to do now. Repos happened at a critical juncture in my professional life and taught me to take nothing for granted.”

Anuradha quickly reminisced when we spoke about her early years, saying, “At the age of 10, I started my first job, which earned 400 rupees. Despite the fact that I was taught the value of money at a young age, the burden of my responsibilities did not stop me from wanting to attend school. When I had to leave school to go to work, I decided to enroll in a night school.”

Anuradha said that she gets inspiration from the world’s seemingly random things, regardless of how absurd they may seem. I distinctly remember routinely encountering the Tankman on my way to school. He was the man who resided on the pavement in front of the tank. He was quite poor; he lived on the streets, and barely had enough clothes to keep warm. Although he had two children who were the same age as me, he made sure they attended school and had an education so they wouldn’t face the hardships of the world like him. Turns out, he gave me the drive to keep going in the face of adversity.”

“As I got older, my family started pressuring me to get married. My marriage was valued more highly by society than my freedom. I’ve been through a lot in my life that would break most people down, but whenever things became too dark, I always searched for the light. On the days when it became too dark, I had the support of my friends, colleagues, and most importantly, my mother. When my father became critically ill, I extended my help and covered all the expenses, which restored my family’s faith in me.

My life’s mission is to teach my daughter that courage and endurance can help you get through any obstacle life throw your way, as long as you remember to seek the light.”