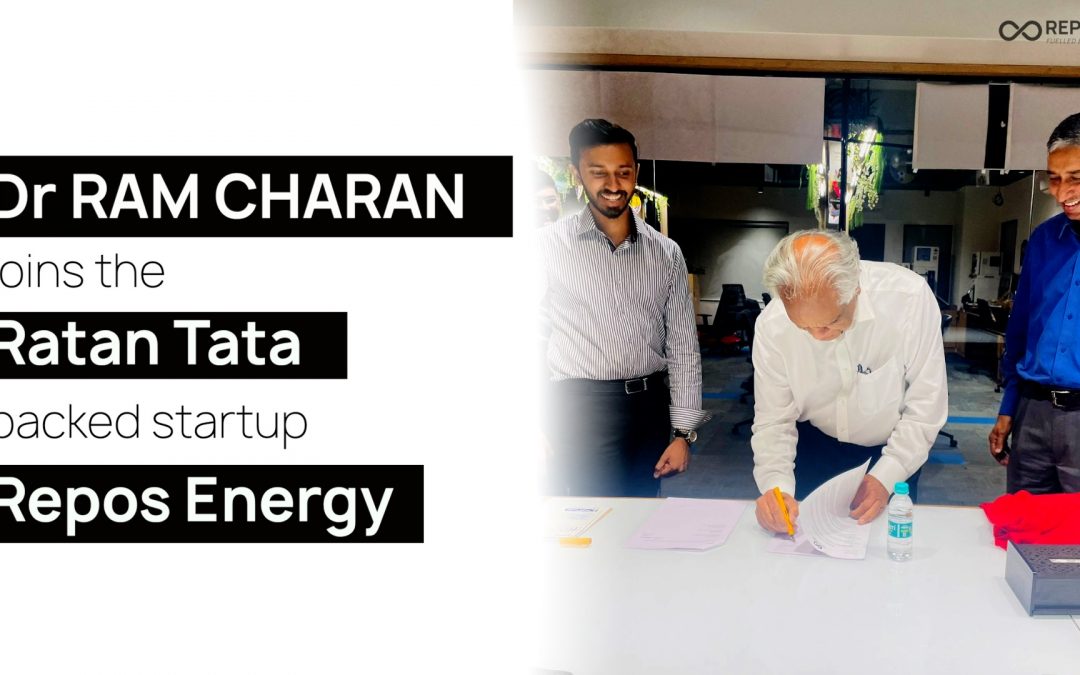 It’s time to introduce the one who needs no introduction. If you don’t know who Ram Charan is, you definitely know the ventures, companies he has been part of.From Amazon to General Electric, there has not been a CEO who has not taken his guidance to build something substantial and now the legend comes to Repos!

His story is one of passion, inspiration and innovation for anyone who wishes to make something greater than themselves. Starting with his humble roots of working in his Father’s shoe shop in UP. Even as a young boy he was dedicated to learning the world of business. He worked in his father’s shop before school, sometimes even solving math problems on the shoe boxes. After his schooling he took his bachelors in mechanical engineering from Banaras Hindu University and took a Job in Australia.Ram Charan’s journey until now sounds like a dream every middle-class student has, but for a legend like him sky is and always will be the limit.

In Australia he attended University of New South Wales for a postgraduate diploma, from there he went to Harvard for his MBA and PHD, not only did he graduate but he did so as a Baker Scholar, a honour that only the top 5% graduates get.

With the help of knowledge and learnings from various reputed universities, he helped and taught young students in Boston university, Northwestern university and Harvard University. He was again not just a teacher; he was the first person to win the  Best Teacher award in Northwestern University. If we want to describe Ram Charan in one sentence, it will be this quote, “If you want something done, do it yourself and be best at it too!”

He has coached many CEOs and Companies. Toyota, Bank of America, Key bank, ICICI Bank, Aditya Birla Group, Novartis, Max Groups are some of the organisations that he worked with! He also has a consultancy by the name Charan associates establishments in Texas, which has been helping businesses since 1981. He is also the author of 40+ books, some of these books are sacred for up-and-coming companies.

Once named “the most influential consultant alive” by Fortune magazine, is now on the advisory board of Mr Ratan Tata backed startup Repos, of course the obvious question is WHY? In his own words “Repos has an innovative idea, which can transform the energy distribution sector. The innovation is mobile, people can procure energy whenever they want, wherever they want and how much they want.The convenience comes from the application of digitization, artificial intelligence, and building the database platform where the accumulation of data overtime gives you insights. Those insights help in the future to improve efficiency to improve the utilization of assets. This is not something which will help business, it is helpful to the Nation, Repos has a long and huge future.”

Thoughts about the energy distribution sector in India.

A lot of companies are shifting their base from China to India.Hence the future is India and energy is the most important aspect of this transformation. Energy sector which has not seen a major transformation in years.The problems like theft, spillage, dead millage, non transparency in transaction and manual record keeping still plague the sector. Problems which not only affect the businesses but also the development of the nation itself. The sector desperately needs a technological makeover to satisfy the needs of modern times. Repos not only has developed the technology but also a very organized system to execute it.

We at Repos are ecstatic to have him onboard with us and we too are looking forward to going forward with him!