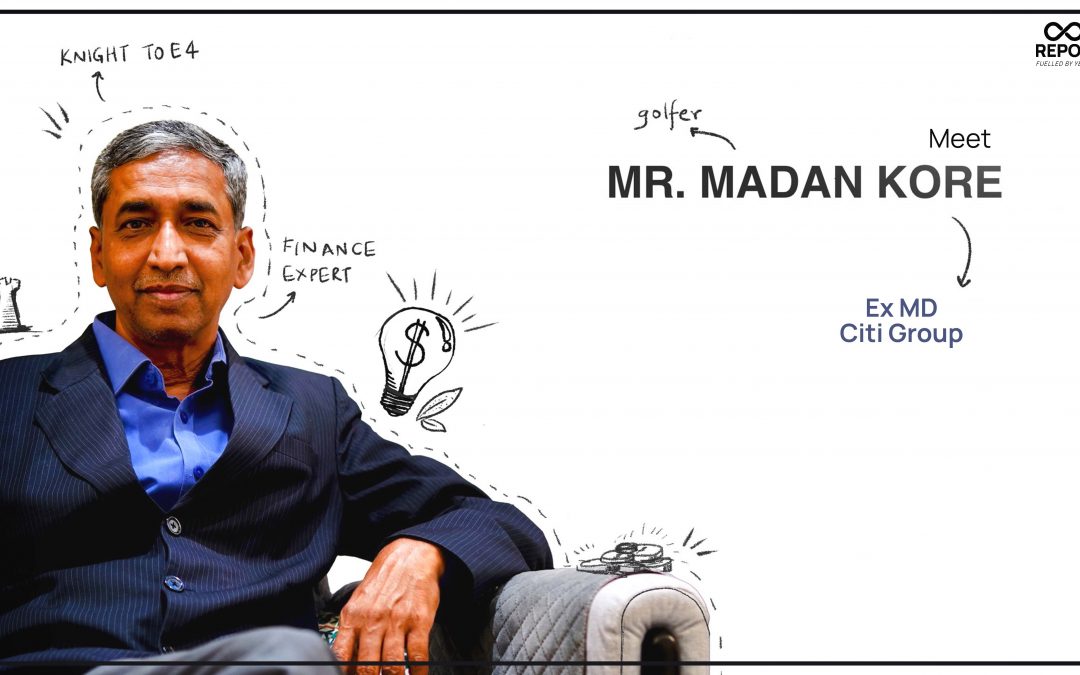 So, the news is that Mr. Madan Kore has joined as an adviser on Repos’s advisory board. With 4 decades of experience in the banking and finance sector, he has managed huge transactions worth trillions. But that’s not the most interesting thing about him. Madan sir comes from a very humble background. He worked odd jobs like selling newspapers, being an office clerk and so on to help his family as a young boy. Hard work and a deep love for reading and research, helped him to start a career in the banking sector. He started his first job in 1982 in a government bank. He has worked all over India. From the big cities to small rural villages .In the year 1998, the private baking sector opened in India. Madan sir switched to the private sector and right from the start he understood the potential of it and as they say, the rest is history. Madan sir wore various hats as bankers and finance expert, but this heart lied in farming. With 20 acres of land in Amravati region he toiled hard in the fields to make this small piece of land into an oasis.

The story goes back to 2018 when Madan sir was still working with Citibank group; he happened to come across Repos founder Chetan Walunj. A casual conversation where Madan Sir saw a lot of potential in the concept and idea of Repos energy. In the year 2022, after his retirement, sir was swamped with a lot of offers from all around the world to be on their finance and strategic team. It was during this time Repos founders asked him to visit the office once.

Sir agreed and came down to the office one day. The vibrant, positive energy of the office and the hard-working and dedicated young staff impressed him a lot. During his first visit he also had conversations again with the founders. He was very impressed with the progress the company made since 2018. Getting Mr Ratan TATA’s  support, getting patents and products and services across India! Cherry on the cake was the moment he visited the Repos IOT factory. Very structured, neat and organized assembly lines impressed him further. The vision of Repos and the potential the organization has convinced him to join repos, as an advisor. He felt an opportunity like this comes once in a lifetime.

Thoughts on the energy distribution sector of India?

In his vast career he didn’t actively work in the energy distribution sector. But having a farm 45 km away from a city and having to procure diesel for the farm equipment made him aware of the gaps in fuel distribution in India. The long distances, the spillage and the non transparency in transactions was a huge pain. He truly believes in the mission of Repos to create solutions to these problems.

80% of transactions of diesel in India work on credit systems. This is a very unorganized sector with issues like defaulting, delaying or extending the credits given by the petrol pump. Such a system creates problems for petrol pump owners, its customers and the banking and finance sector. Madan sir believes that Repos is in a great position to organize this system which will help everyone, the petrol pump owners, the customers and the country as a whole.

We are very lucky to have a personality like Madan sir on board.