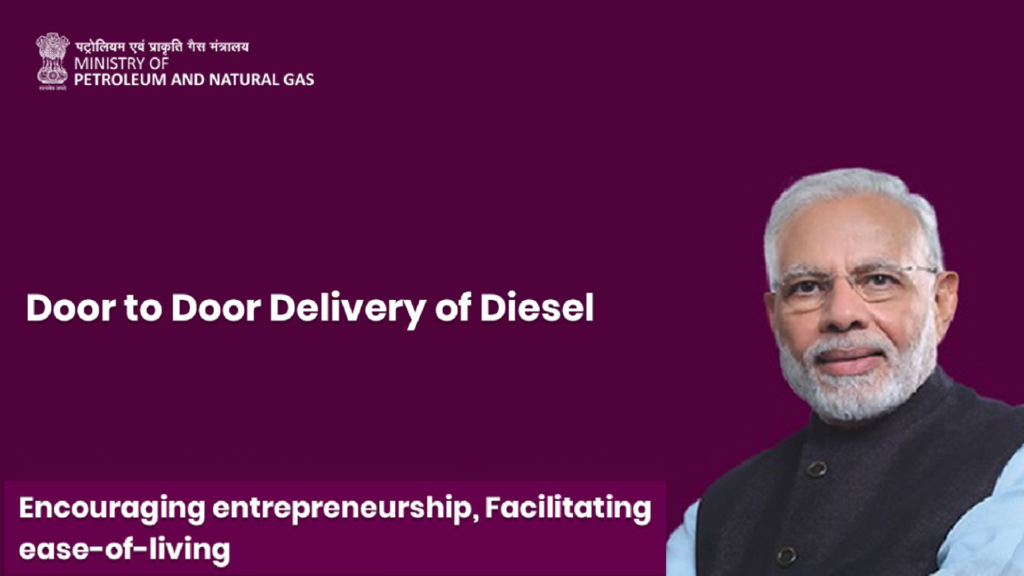 Technology has become an integral part of everyone’s life today, it’s ability to touch lives of millions within a fraction time is an unprecedented development in the history of mankind. This has lent to the fact that small startups working on technologies are suddenly thrown into a position to influence or disrupt industries and impact economies. Startups ability to create value, create employment and solve persisting problems has made Governments all over the World make special arrangements to encourage their growth.

Govenment of India, with its lieu of measures and policies has been backing startups to sustain, thrive and grow. In extension of the same, in a recent development, Government of India(GoI) through Ministry of Commerce and Ministry of Petroleum and Natural Gas has laid paths for exciting change in the fuel distribution industry with the advent of fuel startups. Hitherto, the fuel distribution industry in India was dominated by PSUs and no individual with aspirations to build a business in fuel distribution had no means or way to do that. But with Fuel StartUps that scenario is undergoing a massive change. Fuel startups are Government approved entities that are licensed to become fuel resellers in agreement with Oil Marketing Companies with a mobile petrol pump. This has provided aspiring fuel entrepreneurs with amazing opportunity to start a business in fuel distribution. Considering all important roles that a fuel startup can play like spurring growth by ensuring fuel security to industries and businesses, reducing the wastage of fuel, tech enabled reliable doorstep delivery of diesel, Government has made groundbreaking changes in petroleum laws of the country and made it possible for the Fuel Entrepreneurs to carve out a business for themselves in this industry. In the following development, the process of filing an expression of interest to become a fuel entrepreneur was made easy and accessible. The recent changes also allowed the Fuel Start ups to procure fuel in bulk from the Oil Marketing Depots, thus making this business a real possibility! In order to make the entire ecosystem competitive, the Fuel StartUps were also allowed to decide how much to charge the customers as convenience fees.

With all these special considerations and policy changes, a whole new World of opportunities has opened up for aspiring fuel entrepreneurs and Government of India is backing fuel startups to bring on the future of fuel distribution in India.